You are here: Home » Conference II on Community Policing 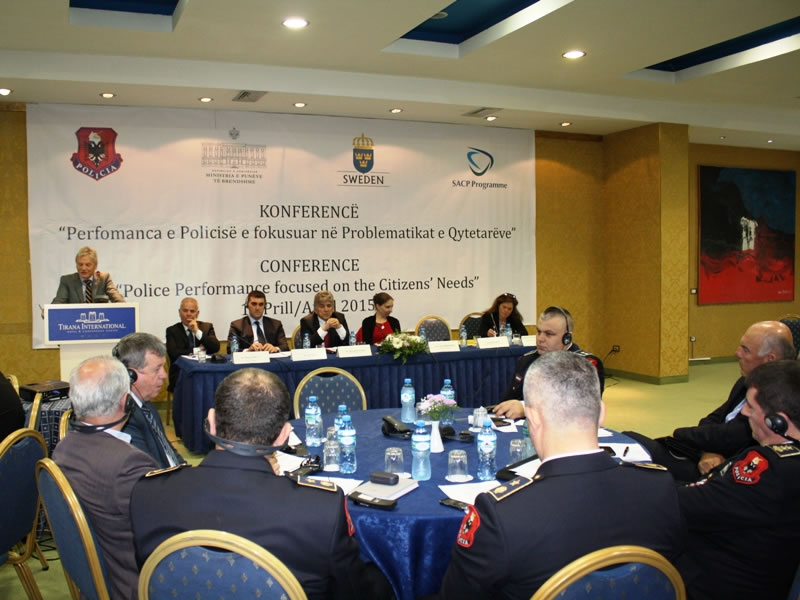 On 14th of April 2015 was held the second conference on Community Policing focused in the police work to be closer to the citizens and its contribution to improve their life.

In the greeting speeches Mr. Ilir Mustafaraj, Deputy Minister of Interior stated that Albanian Police is strongly fighting against crime but we are also trying to be closer to the public in order to be preventive not only intervene when disorder occurs. Whereas Ms. Lisa Fredriksson, Head of Development Cooperation, Embassy of Sweden in Tirana aid that:“Putting the citizens’ needs at the focus of police work and at the steering and monitoring of the performance is a hallmark of modern police services all over the world. Mr. Altin Qato, Deputy General Director of Albanian Police pointed out that the spirit of community policing is that of cooperation and that of establishing a police force based on the needs of the community. The Swedish Programme shared with us the best experience so we could have police forces more preventive than before. 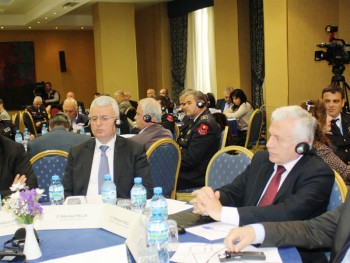 The two keynote speakers Mr. Bengt Svenson, former National Commissioner of Swedish Police and Ms. Maria Bredberg Pettersson, former Deputy National Commissioner of Swedish Police shared the Swedish experience with regard to community policing. Mr. Svenson pointed out that during his 30 year of experience in the police he had to face a lot of issues, but the most important fact was that all the police work was focused on the community and this was the biggest challenge. Even Ms. Pettersson mainly focused on the challenges of the human resources management of the police organization.

In this conference took the floor to share their experience gained in cooperation and with the assistance of the Swedish Programme on Community Policing on how to tackle the issues raised by the citizens, even leaders of the Regional Police Directorates of Elbasan, Lezha and Vlora.